You are using an outdated browser. Please upgrade your browser to improve your experience and security.

TxDOT is encouraging people to “Stay Alive, Don’t Cross I-35” in Austin 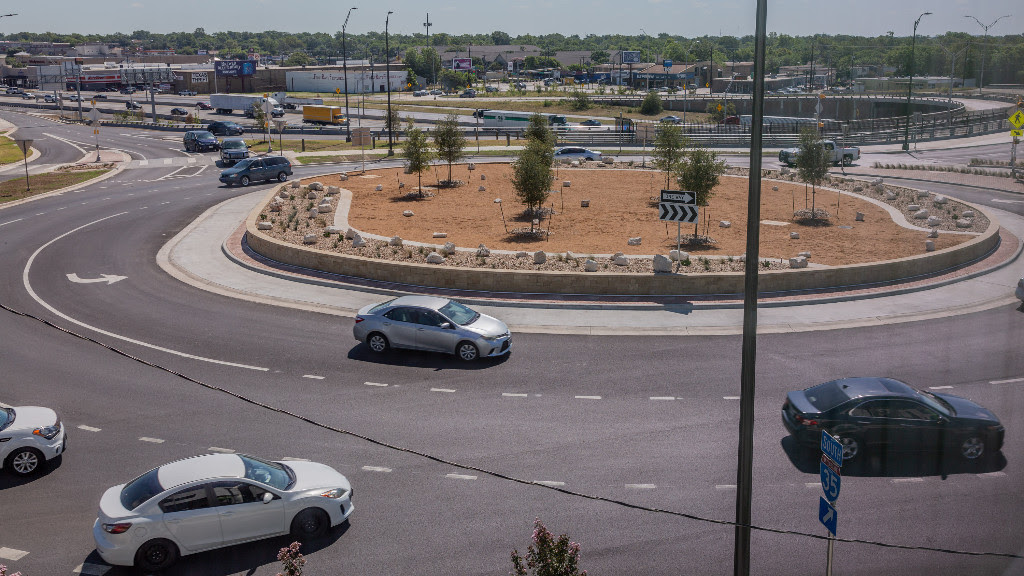 In an effort to address an increase in the number of pedestrian deaths and injuries on I-35, the Texas Department of Transportation is ramping up its Be Safe Be Seen initiative.

Launched in November 2017, the initiative aims to improve safety on I-35 and in other high-traffic pedestrian areas and construction zones, according to TxDOT.

As part of Phase 2 of the program, the state agency installed 26 no pedestrian crossing signs on barriers along the I-35 frontage roads and main lanes at 51st Street.

“Crossing a busy interstate that has a posted speed of 60 to 70 mph is not just dangerous, it’s deadly. By painting the no crossing symbol directly on the barrier, we hope to alert pedestrians before they make the fatal decision to step onto the highway.”

In the past four years, 41 pedestrian-related crashes have occurred along I-35 in the city of Austin, according to TxDOT data. Of those, 21 were fatal. As of Feb. 15, the Austin Police Department has reported three pedestrian deaths on I-35 in 2019, including one involving a pedestrian on a scooter.

At the 51st Street intersection with the southbound I-35 frontage roads, TxDOT also recently completed a two-lane roundabout. Improvements included bicycle and pedestrian enhancements, such as raised crosswalks and pedestrian crossing signals. The $16.5 million project, to which the city of Austin contributed $9.2 million, was part of TxDOT’s My35 program.

“There are safe ways for pedestrians to cross I-35, including the new 51st Street interchange, which has a dedicated foot and bike path,” McCoy said.

TxDOT is also working with area businesses to provide window clings and table tents with the messaging “Stay Alive, Don’t Cross I-35.”

The Be Safe Be Seen initiative has also included distributing reflective backpacks, educational safety videos and handouts, according to the agency, which has passed out more than 8,000 bags.

Sign up to be alerted about I-35 construction impacts in your area.